I got 3 of my 4 B800 heads right from the factory. I picked up my fourth cheap on eBay.

The AlienBees product lineup is an affordable (and some would say fun or whimsical) studio lighting setup. All of their lights are what are referred to as "strobes" in that while they may have a light one while you set them up it is really a short-duration flash of bright light that is used to illuminate a scene. The opposite approach is to use what are called "hot lights" and these lights function by being consistently bright during both setup and picture taking.

Hot lights can be good for beginners because they are entirely "what you see is what you get" and you can rely on your camera's built-in light meter to assist in evaluating the scene. For strobes, one really has to have a trusty light meter to configure their scene and to know how to properly shoot it. You must also use a camera with a fully manual configuration (manual ISO, aperture, and shutter speed) or the camera will meter for the amount of ambient light, not the super bright amount of light the strobes will produce when triggered.

Conversely, hot lights, as the name implies, get hot and remain hot during their use. This can be a safety hazard as you have to keep things a certain distance from them in your studio. It can also make models uncomfortable after a short period of use because they themselves will begin to feel warm. Also important is that these hot lights consume a lot of power, which is important not just for keeping the electric bill low, but also when thinking of an on-location shoot not near a power outlet. Many strobe kits offer as add-ons battery systems that let you setup your lights anywhere.

Reviewed here is the AB-800 and is the middle unit in the AlienBees strobe head lineup. Similar to this strobe is the AlienBees RingFlash, which is reviewed separately.

Power connection: Standard female 110V power jack, just like the one on the back of your computer.

Power cord: Included is a 15-foot cord with a 3-wire grounded plug. Always use this type of equipment with properly grounded outlets.

Internal cooling fan: Yes. Some of the more expensive models cycle the fan one and off as needed while the less expensive ones don't cool the unit at all. Having a fan ensures you can get a full day of shooting without the lights themselves needing a break.

Construction material: The front is metal with metal pinchy-clips for a reflector or a "speed ring" (more about them in other upcoming reviews) and the main body is housed in polycarbonate Lexan.

Modeling Light: Yes - This is useful to see how the light will fall on your subject and provides a heads-up for the photographer about the lighting balance. The units ship with 100 Watt bulbs, but you can replace these with up to 150 Watt bulbs. I recommend just sticking with the standard 100 Watts since it is really the flash output that matters.

Replaceable Bulbs: YES! Many cheap strobes have soldered on and highly proprietary lights requiring the purchase of a new head entirely if a bulb dies. These AlienBees units, however, have replaceable modeling lights and flash tubes. The modeling lights are just simple household bulbs available at the grocery store or home center. The strobe-bulb is available factory direct from AlienBees.

On the front of the light head you can affix your light modifier. There are many available accessories from AlienBees/WhiteLighting company, as well as other quality manufacturers. These specific modifiers will be reviewed separately.

On the rear of the strobe are the controls seen here. 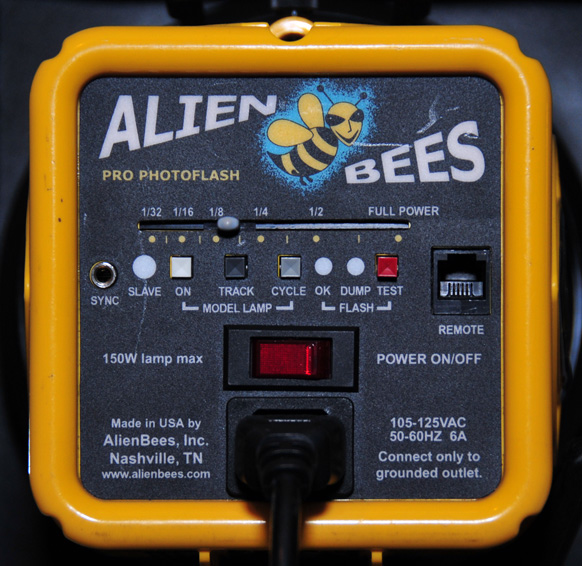 Working from left-to-right and top-to-bottom we observe the following controls: 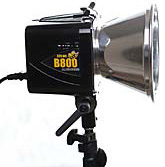 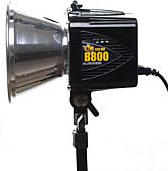 seen continued growth in their use. So far, things have performed very well for me.

I have had one light head’s "track" button fail, but this hasn't been too big of a deal for me. The modeling light just stays on at the same intensity regardless of what power level I select. I have decided to use this head as my key-light since that light is often rather bright anyway.

Although the supplied literature and website indicate that these flash heads are "daylight balanced" (meaning their light quality is like that of the sun, and is useful outdoors since it won't have a color-cast) I still prefer to set my own white-balance on my digital camera using a calibration target. I have had great photos just setting the camera to "sunny" and I expect you would as well. But, if you've invested the hundreds of dollars in some studio heads and light modifiers I think you owe it to yourself to properly calibrate your camera equipment to match your lights perfectly.

I bought several of the B800s in black as I felt these were the most professional looking units, and would likely show dirt and heavy (ab)use in a nicer way than perhaps a white unit might. Later, I added a yellow unit. This unit is the one that I often position on a low lightstand behind a subject to either add a splash of color the back drop or to give a highlight to the subject's hair. I selected yellow for this unit to make it more noticeable by clients so that they would be less likely to bump into it.

I have read on the internet several people wondering if the hot-pink units or the green ones might cast a color onto the subject. First, if this was possible, you would have to use some sort of bounced-light modifier, such as an umbrella. If you were using a shoot-through device, like a softbox, then the head itself is opposite to the direction of the light. But, assuming you were using an umbrella, I still don't see this as a likely worry since although the colored strobe unit is in between the subject and the strobe tube, the faceplate of the unit is metallic (not colored) and the sides of the unit would be parallel to the light so they wouldn't be reflected off casting any color.

For the beginner, or the seasoned professional, these lights work very well both on location and in a controlled studio environment.

The company attitude is both fun-loving and customer focused and should be able to help you both in picking the right gear for your needs as well as troubleshooting any situations you may run into.

While the strobe units themselves are affordable, compared to many other competing products, the AlienBees line of accessories are not always the most affordable options and a smart shopper can find better deals on all of the things that you need to go with your strobes themselves. Check back soon for reviews of studio equipment such as light stands and umbrellas which you can use with AlienBees equipment. 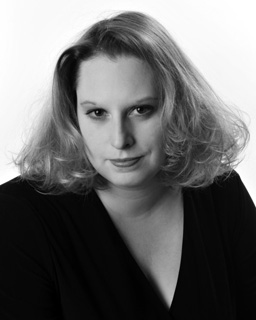 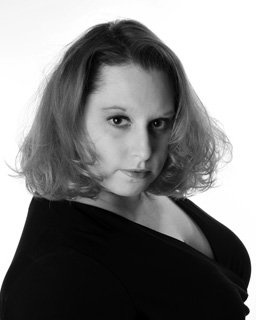 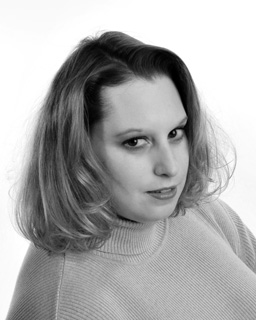 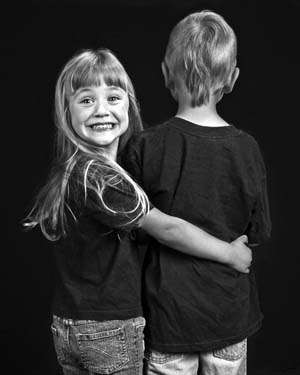 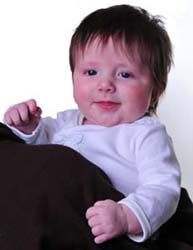 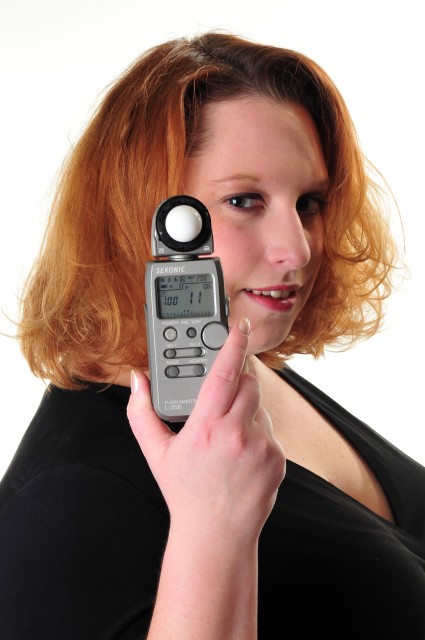